A festival in Limonest during the Revolution !

Anniversary of the capture of the Tuileries palace

This 23 thermidor year 3 (August 10, 1795) is a celebration day in Limonest. The Republic was three years old, the reign of terror was over ; Lyon was no longer “Ville-Affranchie”, but had taken back its name. Robespierre was guillotined a year ago, yet we remain attached to its principles : “it is important to have celebrations, good links of fraternity and powerful methods of regeneration”. On this day, the third anniversary of the fall of the monarchy is celebrated with the fall of the Tuileries on August 10, 1792.

In Limonest, at 9 am., the bells rang and Benoît Nachury, the country guard, beat the drums to gather the inhabitants in front of the tree of liberty, planted since 1790.

Mayor Charles-François Farge and the highly decorated municipal officers joined their fellow citizens to go to the Temple of Reason. 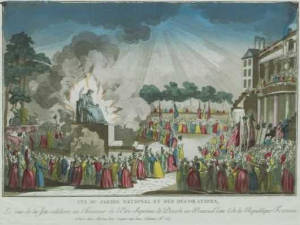 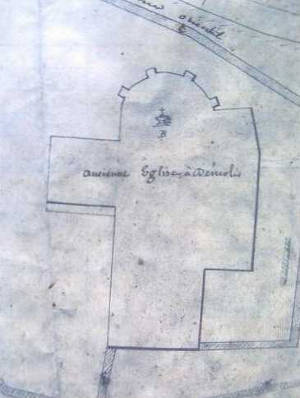 Plan of the old church that became the Temple of Reason

This celebration developed well in the Lyon region and the church, which at the time was located at the top of the Chemin des Roches, it is now called the « Temple of Reason ».

There is already a “Harmonie”, since the climb is done in a file and to the sound of music.

During the celebration, priests are chastised and “patriotic hymns” are sung. But, traditionally in France, since Asterix, everything ends with a glass in hand, and the citizens gather “at the town hall” to have refreshments.

But everything changed quickly at that time, less than a month later, the municipal authorities noted that Philibert Chanal arrived in Limonest to live there and ministered a cult known as the apostolic and Roman Catholic cult, the same one that was exercised before one thousand seven hundred and eighty-nine (1789) in the territory of France, that he intends exercising today in the territory of the municipality of Limonest while declaring to obey the laws of the French Republic.

In accordance with the laws, it is required to accept this priest, who, one month earlier, was the source of the misfortune of the human race.