The Chappe telegraph station in Limonest

Extract from the Napoleonic land register - 1825

From 1807 to 1837, the Chappe telegraph station was set up in Limonest, at the entrance to the village, at the top of the Route de la Garde, facing the Sablière.

Claude Chappe (1763-1805) is the inventor of the aerial telegraphy system, a transmission of visual signals from one tower to another, using articulated arms whose 98 positions allowed coded messages to be sent.

Limonest was connected to Marcy-sur-Anse in the north and Lyon Saint-Just in the south.

Two operators took turns from sunrise to sunset. In 1812, Antoine Lardet was one of the two employees of the “Thélégraphe”, by a notarial deed , he replaced Barthélemy Duchamp from Marcy-sur-Anse for military service. In 1836, Claude Javel (42 years old) and Benoît Lamy (44 years old) worked there. The history of the telegraph station in Limonest is marked by April 10, 1834, during the revolt of the silk workers, they went up to Limonest to destroy the telegraph station ; but this does not prevent the transmission of messages, the Prefect Gasparin sending his messages to the Minister of the Interior from the post at Marcy, protected by a detachment of the national guard.

In 1837, for reasons of visibility…, the station was transferred to Dardilly with a relay at Écully. Aerial telegraphy was abandoned around 1855.

In 1861, the Limonest tower was sold to Gabriel Gonin who donated it to the Church to erect a cross that can still be seen. 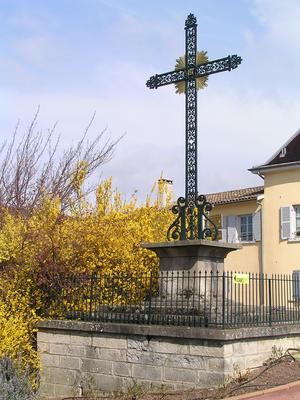 The Sablière's cross erected on the base of the old telegraph station. 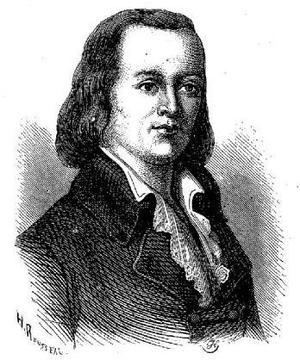 The little story in history

Was Claude Chappe poisoned in Limonest ?

“while on an inspection tour to study the location of future stations, my brother was poisoned in a village near Lyon where he remained a long time dying”.

What motive could they have had for poisoning Claude Chappe ?

The horse run postal service, located in the Vieux Logis, employed many people at the time, the telegraph messages could have competed with part of its activity ! 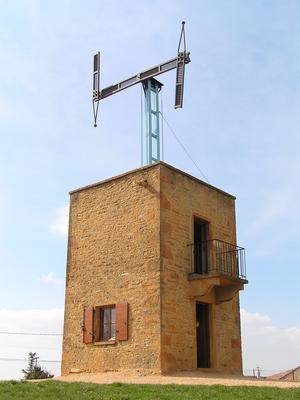 The telegraph tower in Marcy-sur-Anse