It was on Wednesday, February 20, 1811, that Pierre Décurel married Bonne-Sophie Dupré in Lyon. The following year, their baby Pierre-François made his first cry, it was not to be his last, as he became “bavard - chatterbox” (Bavard is the lawyer’s nickname). After having been a lawyer, he became mayor of Limonest on September 11, 1840, succeeding Jean-Marie Fillieux. He then swore loyalty to Louis-Philippe, king of the French. He lives in “hamlet of Le Thélégraphe”, at the entrance of the village, in the house left to him by his father, with his servant Benoîte Buy who is three years younger than him, and the family of the farmer Benoît Cimetière to whom his wife Magdeleine gave nine children : six sons and three daughters. 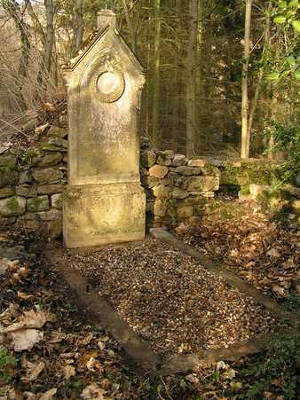 “He is a mayor who sacrificed his rest and fortune, who united his good will and glory to increase the country's prosperity” ; on November 9, the city council asked that the town square that he had built should bear his name and the king signed his agreement on December 31, 1844.

The second republic arrived in 1848, he was still mayor and on February 13, 1853 he swore loyalty to Emperor Napoleon III.

Since the relocation of the national road 6, the town has been going through difficult times, especially since on May 2, 1866 it lost its mayor. Pierre-François Décurel died at noon at the age of 54, he is buried in the cemetery, at the top of chemin des Roches.

In December Claude-Antoine Boin succeeded him as mayor.

But as Deputy Giraud said :
“when one wonders who built this town hall, its square and the church, future generations will answer it is Mr. Décurel”.

A little story in history

A mayor elected at the age of 28, a lawyer, single, who built a new town hall and remained mayor for more than twenty years, it will never happen again in Limonest, it was said in 1866 !